There has been a big wave of cultural appropriation shrieks and yells when it comes to Florida Water (To be specific, I am talking about COMMERCIAL Florida Water). As a Floridian born and raised in Miami, this stuff was 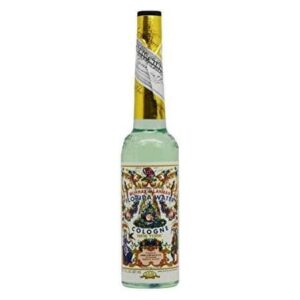 EVERYWHERE. To be honest I was surprised when it was being so heavily connected to things like spell work and ritual work. When I was little, it used to be , for sale, right there next to “Agua de Julieta” and “Jean Nate”…All Eau de Cologne. As a side note, my mom used to use Jean Nate on me and my brother after each bath. We weren’t considered clean until we doused with Jean Nate! Researching this topic came with some major Unlocked Core Memories for me.

So fast forward to today and the rise of people saying it is cultural appropriation for others to use this product especially outside of closed practices like Santeria, Vodoo, 21 Divisiones and the like,and is not allowed to be used outside of the practices and violation will be heavily punished by their ancestors and deities.

So me, enjoying to bring you all the right answers so you know how to fight BS with truth decided to do a deep dive into Florida Water. Now, I’m not saying this particular tool shouldn’t be part of ritual work, to each their own, but knowing how this started and why it was marketed is important.

What is Florida Water?:

Florida Water (the commercial Florida Water) is sold as a cologne. Florida water as we know it, in that decorative bottle is trademarked and sold by Robert J. Murray and David T. Lanman from New Jersey, trademarked in 1880’s. It contains flowery and citrus scents like sweet orange and lemon. This was not the only Florida Water in the market at the time, this is the one that survived!

Florida Water,  as introduced in 1808, and was a staple in American drug stores and perfume shops. It was a generic product that later came to be trademarked by Murray and Lanman in that bottle that so many of us recognize, and it took over the market. Florida was initially marketed for it’s curative properties including but not limited too as an aftershave, to be sprayed in the air to prevent infection, for the skin, for tired feet, makeup removal, muscle relaxer, to fight dandruff, for laundry, for headaches, tummy aches, heart break …you name it. In a time where medicinal water and scented spirits were not distinguished, Florida water found it’s foot hold in tradition and trendy demand. It was also sold as a Unisex fragrance to be enjoyed by everyone. It was a gentle alternative to ladies to carry with them in their satchel. In the 19th century, it  was believed that heavy scents weren’t appealing so Florida Water was a light enough alternative. Not like in the 90 and early 2000s where wearing Skin So Soft of whatever Bath and Body works sold ( Japanese Cherry Blossom or Cotton Blossom anyone?)

With so many things that Florida water claims it can do, with the years came the skepticism, advancements in science and access to higher learning, which  lead the popular manufacturer to cut back on some of its claims. Plus with the rise in prices for authentic oils for higher end perfumes, Florida water kept its foothold as a light cologne at an affordable price.

Why the name Florida?

This one was easy for me since I heard this story a billion times as a Floridian, Miami native: When Ponce De Leon landed in Florida as part of the first known European expedition, he was on a quest to discover “The Fountain of Youth” (supposedly). Landing in La Florida in 1513, he never found it, BUT he managed to colonize and decimate the native population, including Tainos (we are not a fan Ponce de Leon). So Florida (meaning abounding in flowers or flowery), became synonyms for the Fountain of Youth. The world became obsessed with the idea of a fountain of youth and keeping young and beautiful, so what a better name for Florida Water when it claimed to have all these benefits.

Fast forward a few years and this cologne is being commonly used in spell and ritual work, especially in a lot of closed practices.

You name it, Florida Water is probably there.

Where is the Jump from Cologne to Spiritual Work?

I think this was an amalgamation of several factors that just joined together to make the perfect platform for this bottle. 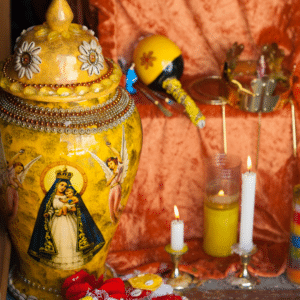 practices to fully understand. To start, Latin and Caribbean based practices use whatever they have handy and available (of course, this is not exclusive to us but I am speaking from historical and personal experience). For example, Vicks Vapor Rub (pronounced VivaPeru) is often used to replace pure camphor or eucalyptus oil  when doing ritual work. In a place where so many Africans, Caribbean and Latin folks have been displaced and away from their home (Diaspora) where access to such items are readily available, we make do with what we have. And as we see our great grandparents, grandparents, parents use it, it slowly becomes our norm and we think (well, they used it so it must be the only way) And let me tell you ,Vicks Vapor Rub, we use it EVERYWHERE….got a cold, VivaPeru, got a  headache VivaPeru, boyfriend broke up with you, VivaPeru, need to release negative energies…VivaPeru. Your mom has it ready…I guarantee it.

What Herbs or Oils are Used in Florida Water?

The commercial product lists it’s ingredients as the following: Alcohol Denatured; Water; Fragrances; fd&c Blue Color #1 and FD&C Yellow Color #5 FD&C stands for Food Drug & Cosmetic (in this case food coloring).  I couldn’t find a specific list of what the fragrance was from the manufacturer. Was it essential oils? Natural? Synthetic? I don’t know. I’m sure the combination is a propriety blend that they don’t have to share.  I did find one website that claimed it fragrance was a combination of lemon orange and lavender oil, but this website was a website aimed at the occult.  On another website the listing said it has been used in South America by shamans and includes Bergamot, neroli, Lemon, Cloves, Lavender, Rose and Orange Flower). Fun Fact, I learned that there are 2 versions of Florida water. One made in the US and another version made in Peru. Both owned by the same company.

So assuming that for sure it has some sort of orange extract (since that is the scent that dominates) why is this blend of Oranges and Herbs so important for spiritual work and ritual?

In several different practices and beliefs, certain herbs and fruits are believed to not only protect from negative energies, but are also part of initiations and rituals. Orange for example is believed to bring in luck and fortune, joy, purification and protection. In addition, the mix of this as part of a concoction for spell work, makes it necessary. In practices such as voodoo, Santeria and 21 divisions, specific foods correlate with specific spirits or LOAS. For example, offerings of oranges are often presented to Oshun. In Wiccan practices, they are often used to represent the sun or in creativity spells and often placed on Litha altars.

So, in short, oranges, throughout history and cultures are important part of spiritual practices. Combine that with the power of herbs BOOM, oranges and herb work becomes abundant. Place all this in a bottle with a flowery label, trademark it and sell it, you got Florida Water, a practitioner’s short cut.

It’s not cultural appropriation any less than Vicks Vapor Rub or Dior Perfume. Is it commonly used in practices and some closed practices, yes, but does that make it exclusive for the practice, no.

Yes, but as a replacement of traditional preparations of herb and special waters, like Vicks Vapor Rub replaces Camphor or Eucalyptus oil.

Is it recommended using Commercial Florida Water for Rituals or Spell Work?

Do whatever you want! Seriously, there is no policing here and if someone is going to share their unsolicited opinion, just spray some Florida water in their eyes (kiiiiddding!), but seriously, do what resonates with you.

Know that Florida water is created in a lab and a then produced in a factory like any other perfume. There is no blessing or anything special to make it magical, just like a candle is just a candle until you use it with intention and bless it as part of your work.

If you know me, you know I think there is magic in actually doing it yourself. You can create your own Florida water and infuse it with your own magic and intention. Remove herbs or add to whatever your need or usage is.  Blessing it as you create it is powerful.

This is a recipe that I found online from Spells 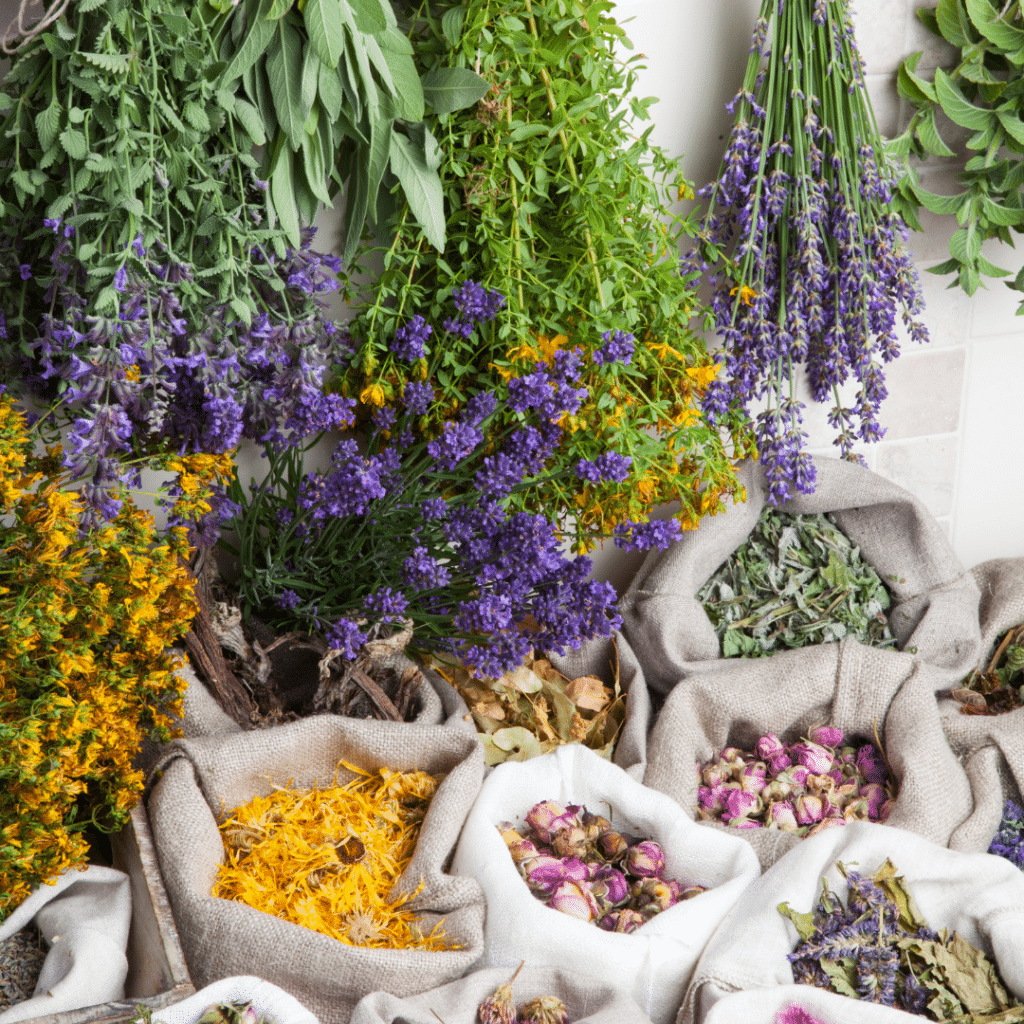 Mix in with 2 cups of Vodka on low heat allowing to simmer for 5-10 minutes with dry ingredients. Add the rest of the ingredients and simmer for 40 additional minutes. Let cool and bottle in glass jar.

I hope you were able to gather a bit of information here and feel a bit more empowered about using (or not using) the product for ritual work. To be honest, it still a pretty nice smelling concoction. 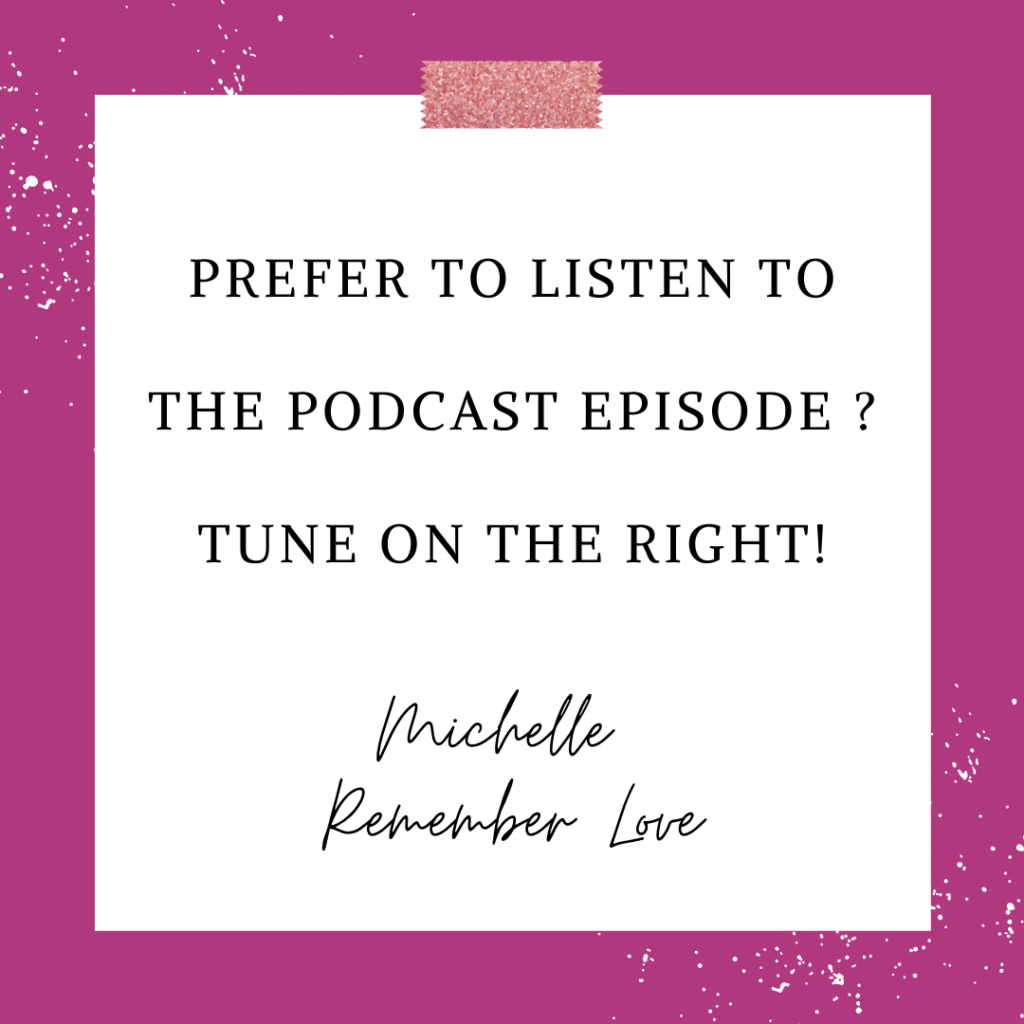 **Crystal Healing Therapy is meant as complementary and not a substitution to conventional medicine or to replace the recommendation of a licensed Healthcare Professional.